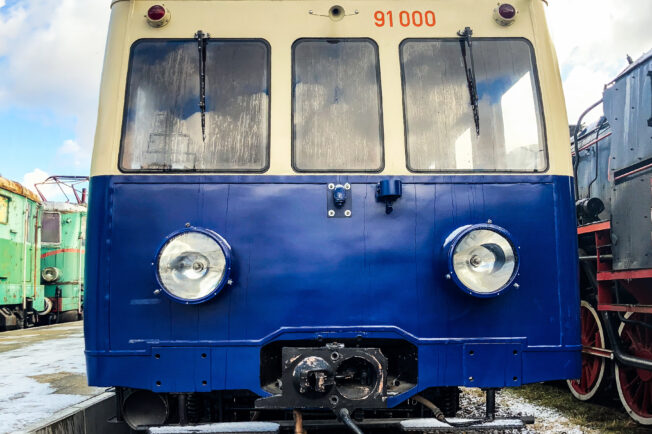 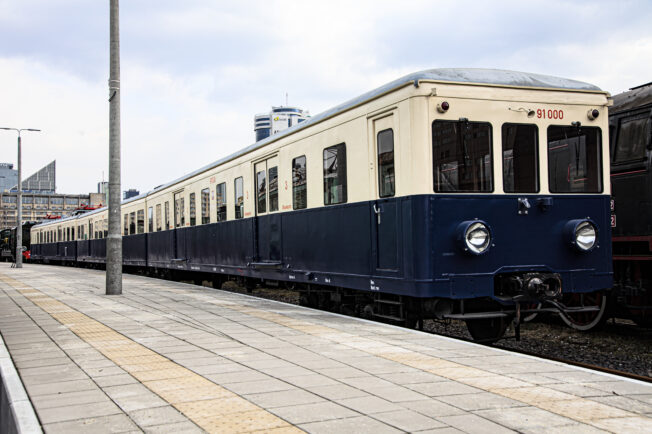 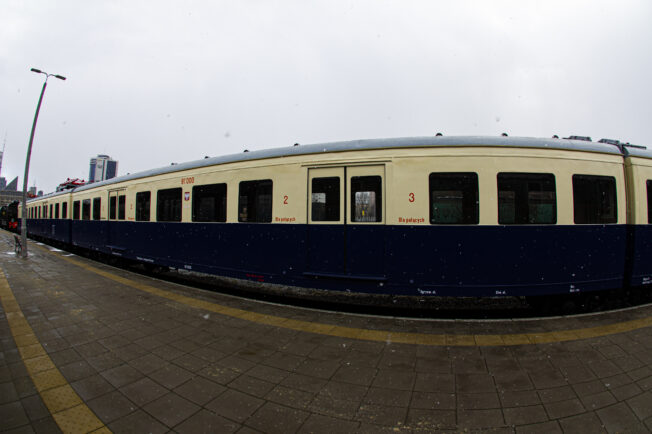 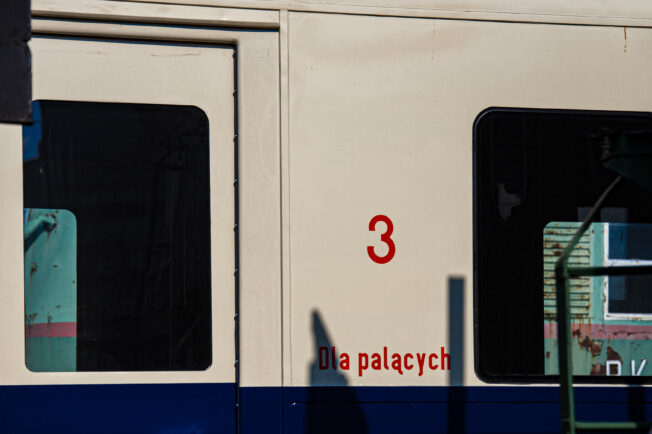 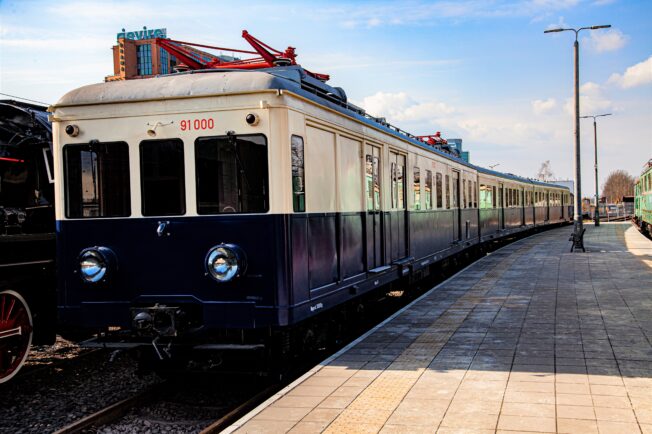 As a part of the contract for the electrification of the Warsaw cross-city railway, signed with English Electric, on 2 August 1933 the supply of sets of electrical equipment for the electric multiple units, that were to serve the route, was also ordered. Design work on the proper EMUs (Elektryczny Zespół Trakcyjny) began in 1934 at the Warsaw Railway Junction Electrification Management, in cooperation with the Mechanical Department VI of the Ministry of Communications and the factories that were to produce the proper vehicles in the future – H. Cegielski Towarzystwo Akcyjne and L. Zieleniewski, Fitzner & Gamper.
The main designer was eng. T. Owczarek, and the prototype of the first unit was built at the Lilpop, Rau and Loewenstein factory. After the concept was tested and approved for operation, mass production began under the supervision of British specialists, who helped install the electrical components. The vehicles were given the designation E91.

By the end of 1937, 60 units had been produced, with a further 16 by 1939. Each unit contained 3 carriages, which were connected to each other at all times, and they could be combined with other units to form longer trains. The E91 consisted of an power car with a driver’s cab, engine compartment and luggage compartment, a middle car, a passenger compartment, and a control car, also equipped with a control cab. This allowed the trains to move in both directions without the need to turn.

The units were 63 m long and had a service mass of 114 tonnes. Propulsion was provided by four 108 kW electric motors each, obtaining electricity from the overhead contact line system through one or two pantograph collectors. The passenger compartments held 233 seated passengers and a total of 536 seated and standing passengers. Thanks to the good soundproofing of the carriages, travel on these trains was comfortable – according to some sources, the carriages were quieter than many post-war designs used in Poland until recently.

After the outbreak of World War II, many units were destroyed or assigned to other tasks. 10 units were separated and their engine cars combined in pairs and after rebuilding and loading were used as traditional electric locomotives. Several dozen units and carriages survived the war, which were in very different condition and in need of repair. 10 were built between 1953 and 1954 in the GDR at the Waggonbau Görlitz factories and were designated EW52, while the unrepaired trainsets were designated EW51.

The trainset is made up of three passenger carriages, the first of which is also a power car, while the last is a control car. Thanks to his solution the driver’s cabs are located at both ends of the train. The individual carriages are connected by a short folding-bellow, and the middle and control car have a common bogie of the Jacobs system. It was mostly of Polish design. The power cars were built in the factories of Industrial Society of Mechanical Factories „Lilpop, Rau i Loewenstein”, and the trailer and control cars in H. Cegielski S.A. in Poznań and L. Zieleniewski in Sanok. Only parts for the electric apparatus were purchased in Great Britain in English Electric Co. and Metropolitan Vickers Co. The power car was equipped with four motors with a total power of 600hp. They are adapted to the 3,000 V direct current network and are paired [2x1,500 V]. The maximum tractive force is 1,200 kg and the maximum speed of this trainset is 96 km/h.

Serial number and year of production:

536 in three sections including 233 seats