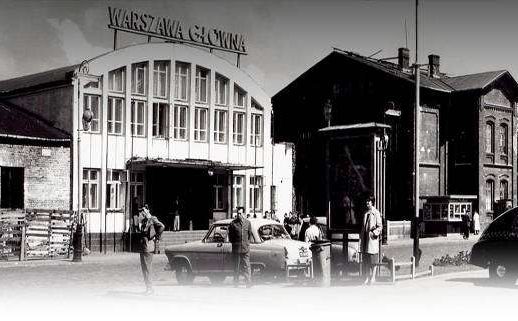 At the same time, construction of a departure hall at the temporary station was started. The hall has been merged with the existing old warehouse complex. „The construction started in November 1945. According to engineer Tadeusz Mazurek, one of the station’s designers, the construction took 800 000 bricks, 300 tons of concrete, 100 tons of lime and 250 cubic meters of wood. The whole cost of the construction amounted 50.700 000 PLN. On July 12th 1946, 10 days before the deadline, a grand opening of Temporary Main Railway Station at Towarowa 3 took place.

A blessing was performed by the Parson of st. Jacob’s Church, Father Prelate Stanisław Mystkowski. The station was designed in the Buldings’ Board of the Communications’ Ministry (now succeeded by Ministry of Infrastructure). The station’s head designer was engineer Wiktor Ballogh. His team included engineers T. Mazurek and W. Borsuk. They were also aided by engineer Walenty Broda, a constructor of wooden ceilings of his own, unique design (E. Leszczyńska, “Zabudowa Stacji Towarowej Kolei Warszawsko-Wiedeńskiej oraz Tymczasowy Dworzec Główny – rys historyczny”, Warsaw, p 3).

Wiktor Ballogh, Engineer of Architecture, deserves special attention. It is due to the fact he received a high quality formal education in the best traditions of Polish interwar architecture. In these traditions, he found a constant inspiration for his projects and design.
Wiktor Ballogh was born in 1894 in Kamieniec Podolski (Now Kamyanets Podilskyi, Ukraine). In 1929 he graduated from the Warsaw University of Technology Architecture Faculty with a degree in archictectural engineering (inżynier architekt). He wrote his thesis under professor Czesław Przybylski, (the designer of interwar Main Railway Station at Aleje Jerozolimskie).
Wiktor Ballogh received his education under the masters of Polish modernism. The style's influence is clearly seen in the architecture of the departure hall of the former Main Railway Station at Towarowa 3. Currently it houses one of the exhibition halls of Station: Museum.

The building distinguishes itself with its panache and large interior. The architect put emphasis on a function it was supposed to perform, and did not consider ornaments as important.

The building's roofing was designed in a characteristic shape of an arc. The vault is made of wood.

Another example of the pre-war architectural school Wiktor Ballogh was educated in, is the building of Ateneum Theatre (Teatr Ateneum) in Warsaw Powiśle district, designed by him in 1951.

The principles of arch. Wiktor Ballogh – as the designer for Main Railway Station – were supposed to fulfill the following criteria:
-It was to be a terminal station, with side pavilions constructed from existing warehouses, and a pavilion for the rail terminus, built from scratch, connecting the side pavilions
-Tracks for long-distance departures were to be located between the side pavilions.

The new terminus was situated west to the warehouse that had been there since 1875, and had remained relatively unscathed through the war. The space of train station hall inside the pavilion ranged 600 square meters, 15 meters in width and 11 meters in height. Two entrances lead to the hall: south (the main entrance) from the side of the vehicle stand, and north (secondary entrance). 10 ticket booths were placed inside the hall, along with two kiosks, haircut salon, the reception, staff-only area and restrooms.

Both in the north and the south entrance, two mezzanines were constructed, ranging 150 square meters each. The southern one contained a reading space, the northern one a dining hall.

The whole volume of the building ranged 8000 cubic meters.

The station's main hall (the terminus) was planned on a north-south oriented rectangle. The terminus had three levels. A ground-level flat-roof annex was adjacent to the east, two side wings on an outline of prolonged rectangles: a longer north one and a shorter south one (the former freight station warehouses) and a sideways walkway.

„The front and northern facade of the terminus had roofed, two-parted entrances, led into by stairs. Entrances led through doors on an 8 axis, on the other levels doors were on an 9 axis. Between the windows, columns were fit into a crowned segmental arch, as the only vertical element in the façade. The windows of the first and second level are rectangle-shaped, with the exception of the peak area, where they are crowned by a segmental arc. (E. Leszczyńska, "Zabudowa Stacji Towarowej Kolei Warszawsko-Wiedeńskiej oraz Tymczasowy Dworzec Główny - rys historyczny", Warszawa, p. 3).

The design of Main Railway Station Hall is rooted in Polish inter-war modernism. It is however an example of a more rigorous variant of the style - functionalism. Similar to modernism, it avoids decorating buildings with any ornaments. It is however a more narrow term, which excludes any diversion from the architectural principles of simplicity and functionality. 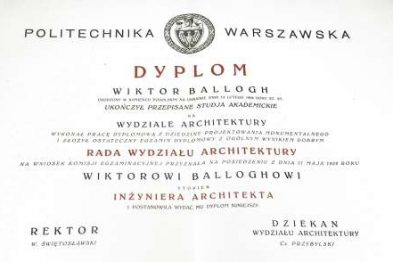 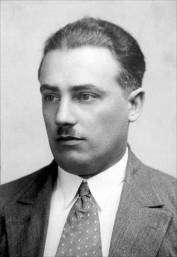 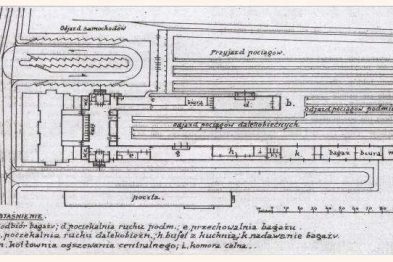 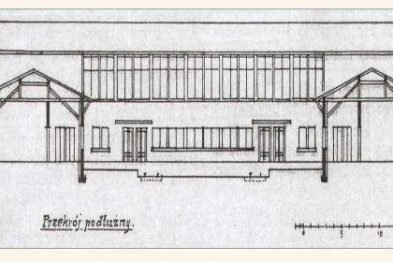 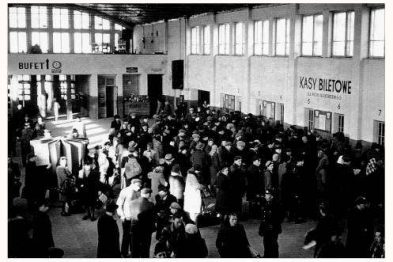 Southern entrance to the Main Railway Station (on the right: the former Warsaw-Vienna freight station warehouse) 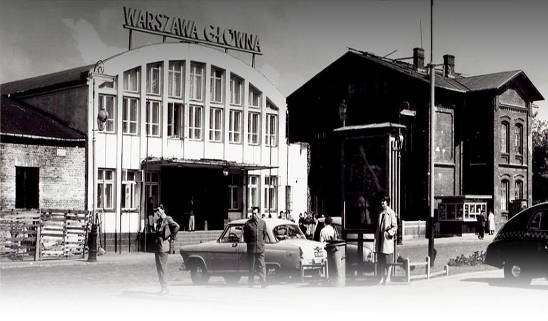