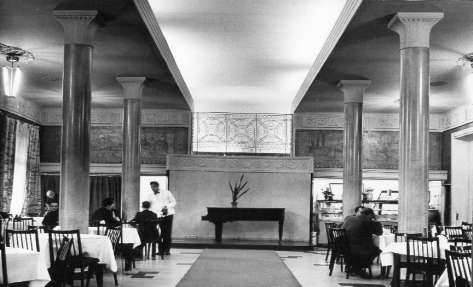 In 1955, changes were made in the arrangement of the station compartments, the station itself went through expansion and modernisation. Because of the organisation of World Festival of Youth and Students in Warsaw, a part of the station’s northern wing was remade into a first-class restaurant, maintained by Kolejowe Zakłady Gastronomiczne (Railway Restaurant Facilities).

The station restaurant (today the so-called Mirrors Hall) was designed over the outline of a rectangle, with three pairs of the columns in two lines, supporting a plafond lamp. The columns had round shafts, supported by square bases. Opposite the windows four large mirrors were placed, reflecting the window light, adorned by a decorative stucco strapwork. Niches under the windows and mirrors were covered with an over-work, metal balustrade. The friese on the wall contained coats of arms of various Polish cities, along with plant-shaped ornaments. Over the main entrance, a fresco was made, showing the symbolic representations of zodiac signs, fit into a rectangle with a round clock in the shape of a sun in the center. In the entrance of the restaurant there was a cloakroom and a restroom.

The current compartment of the former station restaurant, called the Mirrors Hall, performs a representative function. The walls are covered by an ornamental fabric. On the wall, between the mirrors and windows, stylish candelabras hang. Lamps, lined with golden stucco plant-shaped adornments, provide additional lighting. Important celebrations and various types of events are held there – conferences, seminaries, book signings, concerts. The hall also occasionally serves as a location for movies and tv series.

In 1955, the Temporary Main Railway Station was further expanded. That year, a building for governmental reception was opened, its main function was to receive foreign delegations.
The building, along with a separate square for arrivals, was designed by the engineer S. Cybulski.
It was separated from Towarowa street and from the train station by a wall, and situated on terrain bordering the cross-town line. It was entered directly from platform 7, serving trains of special and diplomatic importance.

„It was a one-floor building, constructed on a rectangular outline, with two columns on the entrance sides. The facade was laid with sandstone, which broke the wall monotony with its diverse texture and slab arrangement. A one-track interior was accommodated for the flow of the guest in the east-west direction. The representative hall was richly adorned, with a stylised floral-patterned friese on its ceiling and an ornamental tapestry on its walls. Over the lounge entrance, there were frescos with sirens and eagles sitting on rocks. (E. Leszczyńska, "Zabudowa Stacji Towarowej Kolei Warszawsko-Wiedeńskiej oraz Tymczasowy Dworzec Główny - rys historyczny", Warszawa, p. 5).

The inside of the building was equipped with a full set of artistic furniture, now a part of the Station: Museum collection.
Representatives of Polish and foreign authorities of the time were received at the building.
The building operated from 1955 to 1975, until the Central Railway Station was constructed.
In the period between 1991 and 1999 it was home to the bureau of „Polres” (a ticket reservations company). The building was demolished along with the south pavilion, since liquidation of the whole railway station was in order. 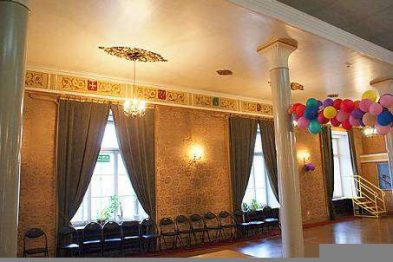 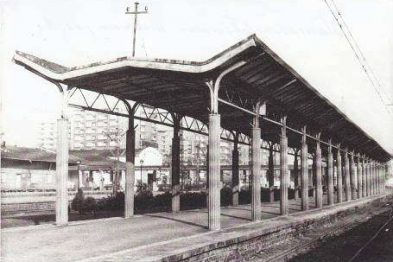 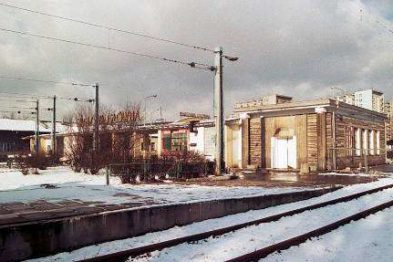 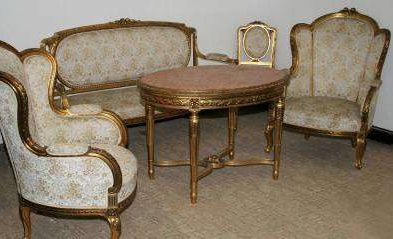